The next day we set off for the Cliffs of Moher, which was about 1 ½ hrs. from Adare. The cliffs were spectacular and a much bigger tourist hotspot than Dingle. However, I think Dingle was slightly more breathtaking than the Cliffs of Moher. Either way, they are still a “must-see” during your visit to Ireland.

After leaving the cliffs we drove to a small seaside village called Doolin. Doolin is a tourist hotspot because it offers ferry services to the Aran Islands as well as the Cliffs of Moher. Winnie was really excited about taking a ferry to see the cliffs from the water, rather than only seeing them from above. But first, we had to eat! And what better place than Gus O’Connor’s Pub. This pub is considered one of the best in Ireland and it has been owned and operated by the same family for 180 years! They are well known for their traditional Irish fare and live music. We were there too early in the day for music, but the food was fantastic.

With bellies full, we went to the ferry dock and haggled for the best price. We had just missed the last ferry by about 10 minutes, so we had to hang around for about an hour for the next one. As soon as we got on the ferry I was worried that I might get seasick. I am pretty prone to seasickness and the water wasn’t exactly calm. Good news: I didn’t throw up my lovely lunch. Bad news: I was mildly nauseous for the rest of the day. But it was definitely worth it! Most tourists only see the cliffs from above and it was a different experience entirely to see them from the water. We also got to see a lot of puffins (as well as many other sea birds) around the cliffs. Apparently, the Cliffs of Moher hold the only mainland colony of breeding Atlantic Puffins in Ireland. I wish I had a better (close-up) puffin photo op, but they are the ones in the upper right corner in the picture of the edge of the cliff. 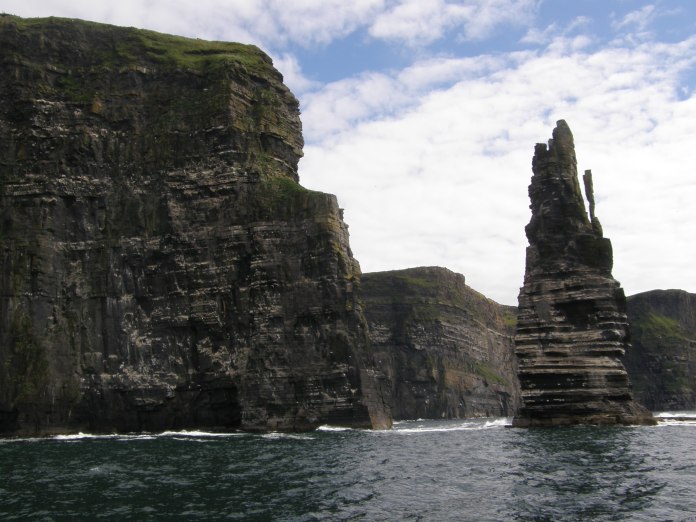 After our ferry ride we headed back to Adare. We strolled around town and then began our very own pub crawl. We had an extended stop at Bill Chawkes Pub for dinner and then we continued the pub crawl. On our walk back to the manor, I am pretty sure Winnie and I crashed a wedding reception to use the bathroom! Too much Guinness I guess. 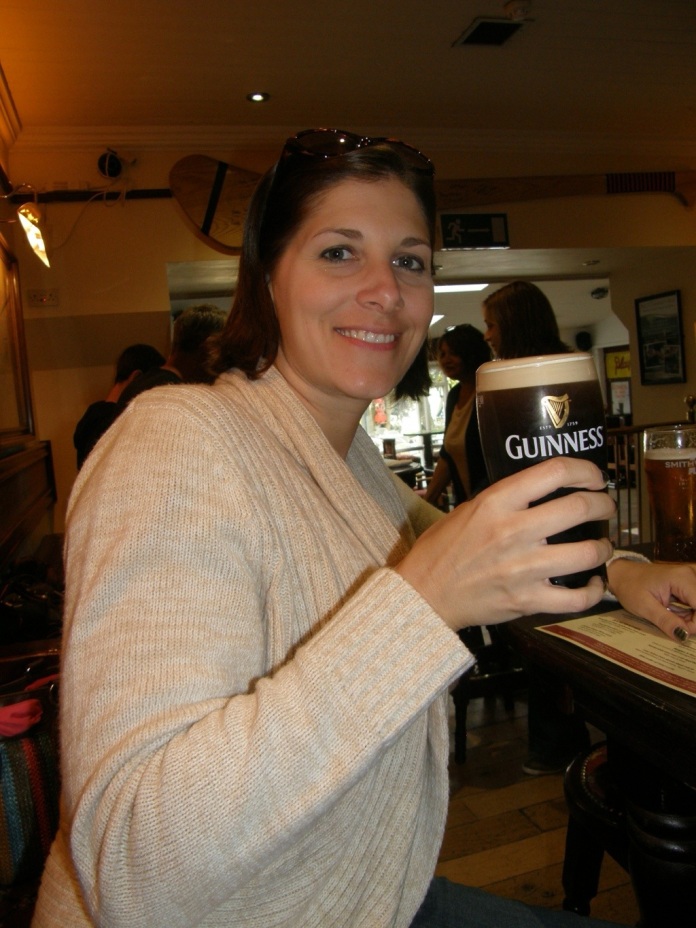 One thought on “Day 3 – Cliffs of Moher”