Anyone that can put up with all of my nonsense and different levels of “crazy” through 5 years of marriage definitely deserves a really fantastic anniversary gift.  Yesterday was our 5th anniversary, so to make this one extra-special I surprised Rob with a 4 day trip to Iceland in November.  Our trip includes a full day excursion to go on a glacier walk as well as search for the Aurora Borealis (Northern Lights).  If we are lucky, we might get to witness one of nature’s most amazing phenomenons! 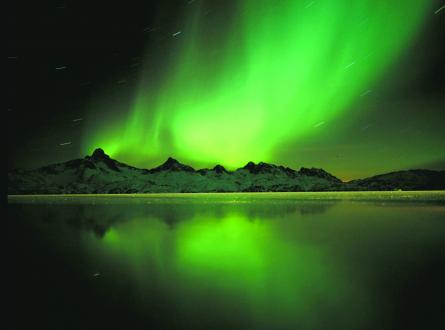 The rest of our time in Iceland will be spent unguided, but there will be plenty of things for us to see and do!  It will be fun to explore Reykjavik, relax in the Blue Lagoon, and travel through Iceland’s Golden Circle to see waterfalls, geysers and more.

The funniest part of our anniversary gift exchange was Rob’s initial reaction to his “gift.”  The traditional gift for a 5th anniversary is wood, so I decided to put a little message on a 2 x 4 and wrap that up as his gift.  Coincidentally, Rob had literally just finished building a bar in our basement, so the last thing he wanted to see was another 2 x 4!  As soon as he pulled enough of the wrapping paper off to realize it was a 2 x 4, he threw the wood across the room because he thought I was playing some kind of sick joke on him.  I had been hyping up my gift for quite some time, so he assumed it was all just a false lead-up to me giving him a prank gift.  After I got my laughter under control, I was finally able to convince him to open the rest of the gift so that he could read the message. 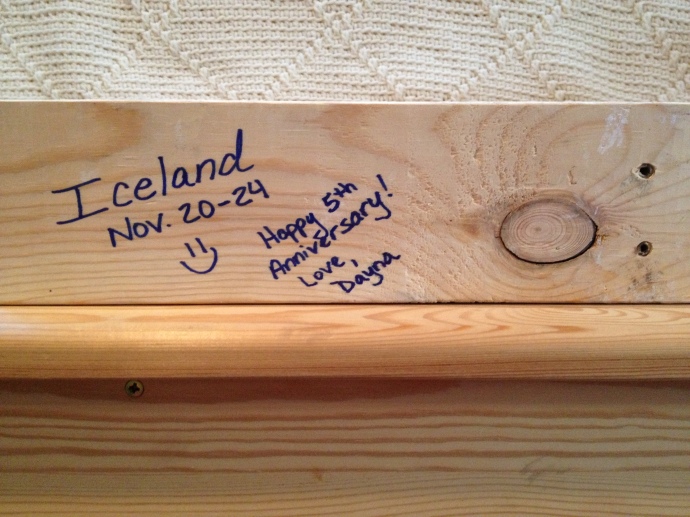