Nicaragua is often referred to as “the country of lakes and volcanoes.” As you can see in the picture below, there is an impressive line of volcanoes that runs from north to south along the western side of the country. This picture shows Nicaragua’s share of the Central American Volcanic Belt. Some of the volcanoes are dormant, while others remain active. These volcanoes offer interesting opportunities for tourists. You can hike to the top of these volcanoes, swim in crater lakes, and there is even a thing called volcano surfing! 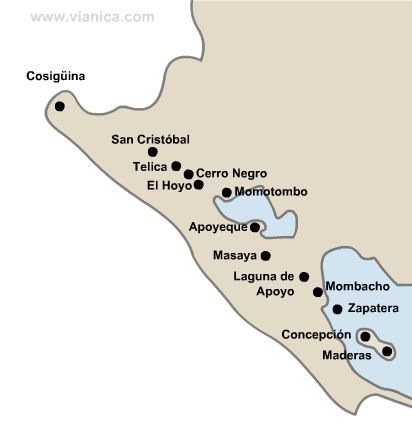 The two closest volcanoes to Playa Coco are located on Ometepe Island inside Lake Nicaragua. Concepcion is an active volcano and Maderas is dormant. People actually live on this island and there are even coffee and banana plantations amidst these two volcanoes. The last violent eruption of Concepcion occurred in 1986, but there have been less catastrophic eruptions as recent as 2009. Tourists are able to climb both volcanoes, but each have extremely high difficulty ratings. It is estimated to take about 10 hours to climb and descend Concepcion and the tour books recommend that you start no later than 6 a.m. The only problem there is that the earliest ferry to the island leaves after 7 a.m. So they recommend that you take the ferry the previous day and then spend the night on the island. I could be wrong, but I don’t think there are any hotels on the island and we forgot (a.k.a. didn’t intend) to pack a tent. Of course, Rob was all about doing this little adventure anyway, but there wasn’t much he could say to convince Tami and I to join him! 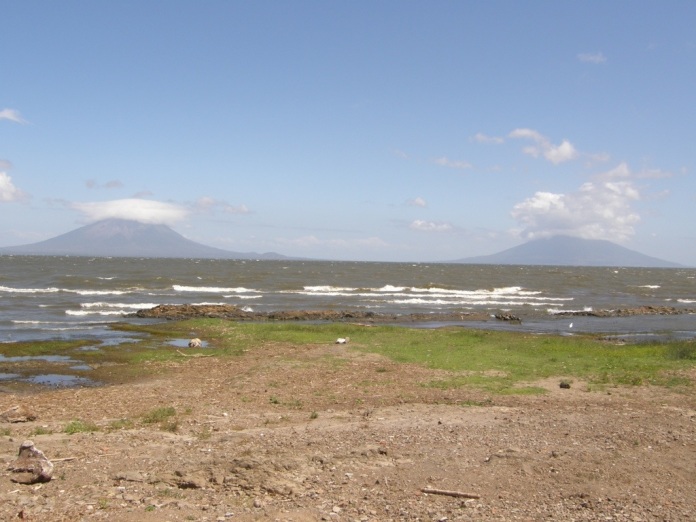 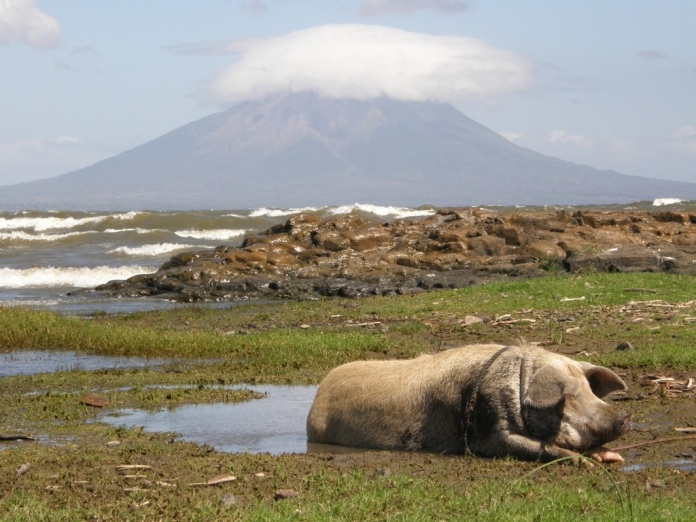 Concepcion Volcano (I really wanted to befriend this pig!) 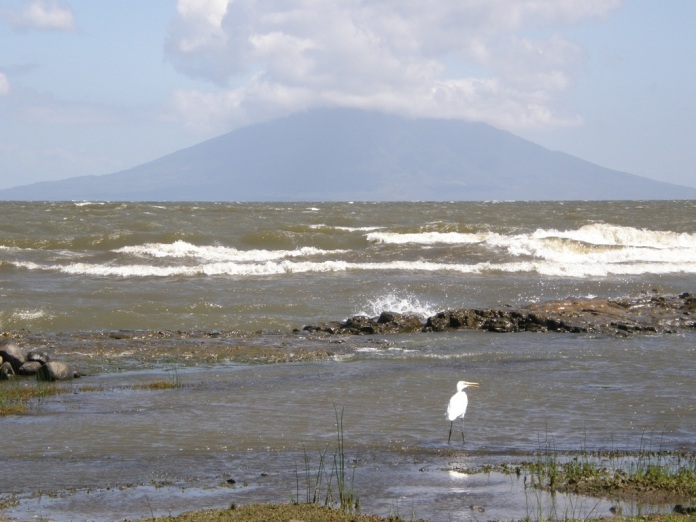 As mentioned in an earlier post, the Mombacho Volcano is close to Granada and borders Lake Nicaragua. Mombacho is dormant and it is the second most accessible volcano in the country. There is a paved road so visitors can drive to the top of the volcano. We attempted to visit Mombacho after we departed Granada, but unfortunately, the park was already closed for the day (darn Sunday hours!). 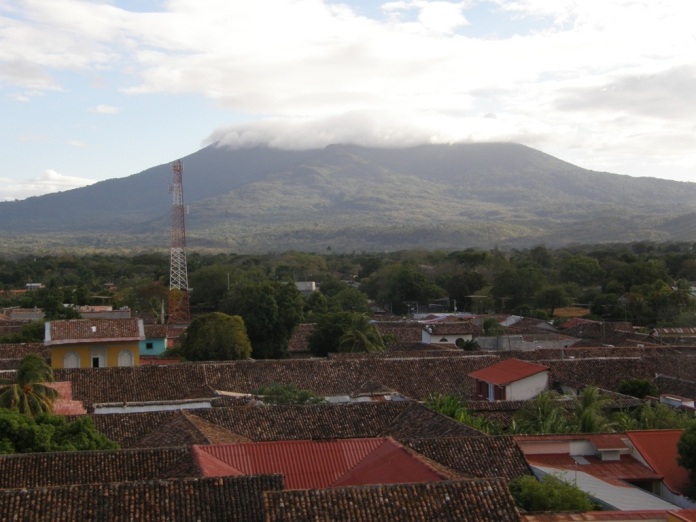 View of Mombacho from bell tower 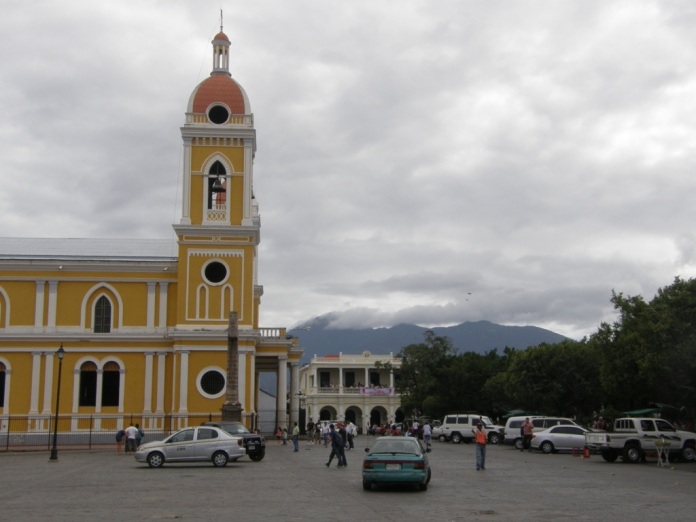 View of Mombacho from downtown Granada

The Masaya Volcano is active and it is the most accessible volcano in the country. There is a national park (Nicaragua’s first and largest) around the volcano and a paved road leads directly to the Santiago crater. The park actually includes two volcanoes (Masaya and Nindiri) and five craters, but the Santiago crater is the most active crater in the park. The Masaya Volcano is currently going through a cycle of passive degassing, which means sulfuric gas (among other gases) is continuously emitted from the crater. The cycle started in 1993 and still continues today. 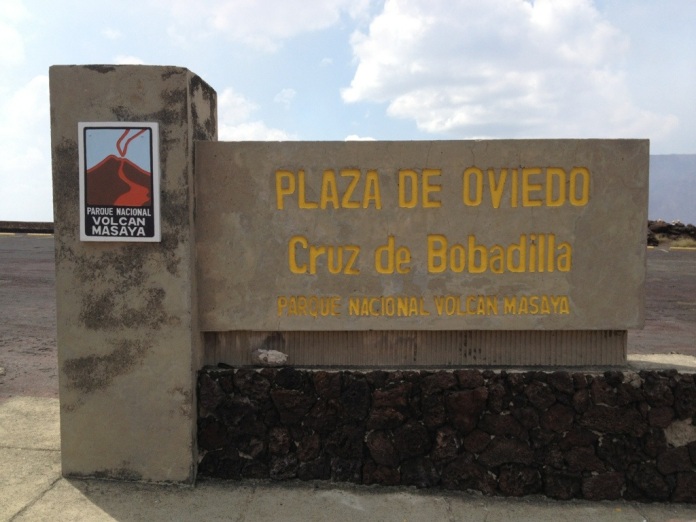 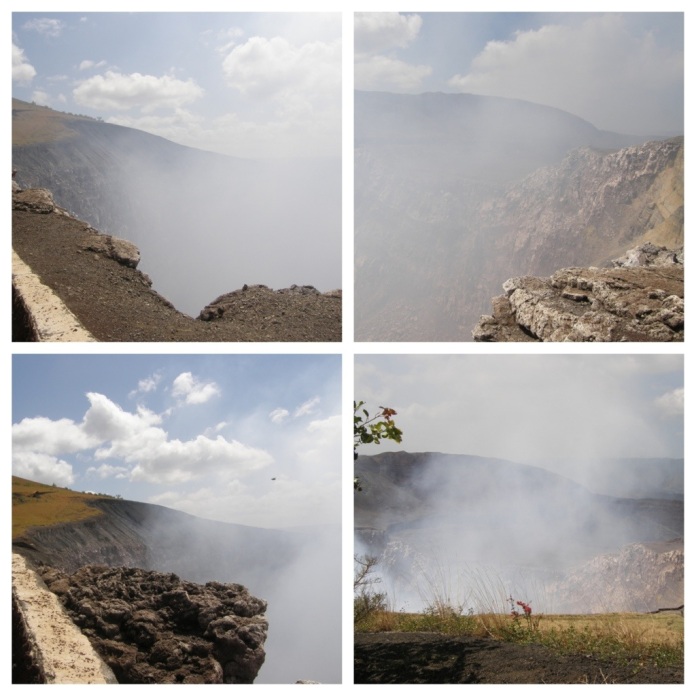 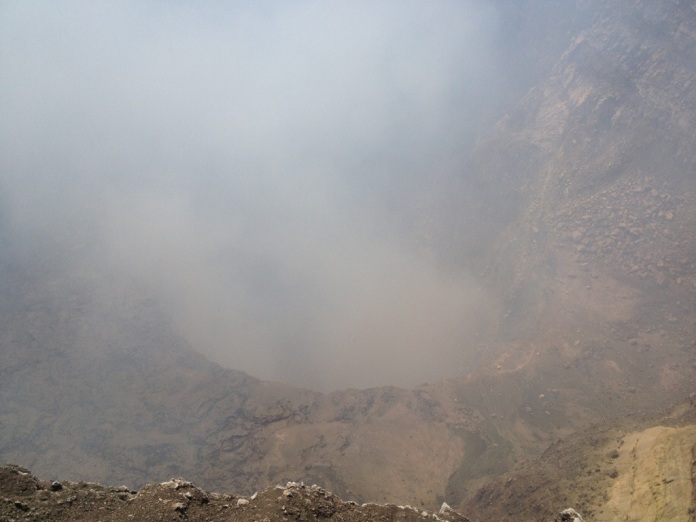 Looking into the Santiago crater

The volcano has erupted several times throughout history (most recently in 2003) and it was feared by the indigenous people as well as the Spanish conquerors. The Spanish baptized Masaya “La Boca del Inferno” (The Mouth of Hell) and they planted a cross above the crater to exorcise the Devil. 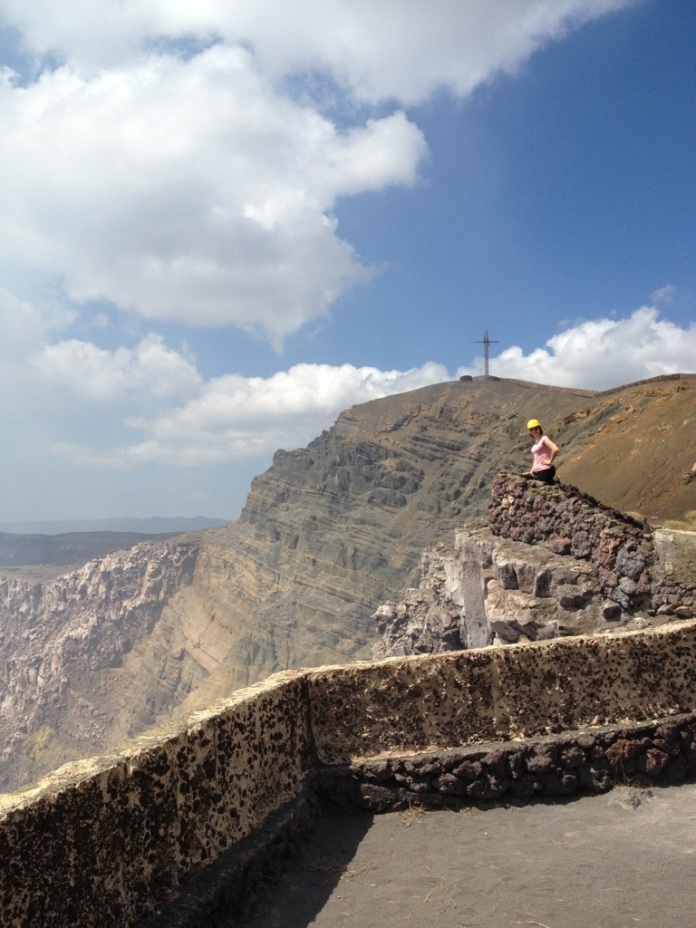 Check out the video below to see this awesome smoking crater!

2 thoughts on “The Land of Volcanoes”