Just a few blocks away from our home there is an outdoor ice skating rink set up every winter. The area is called Pentagon Row and it is a local hotspot for dining and shopping. Rob and I walk to Pentagon Row fairly often and every winter he asks me if I would like to go ice skating. My answer was always the same…No.

Rob would spontaneously ask me to go ice skating since we were already in the area for lunch or dinner. But I always had an excuse for why we shouldn’t go. It was either too cold, or I wasn’t dressed appropriately, or I had eaten too much, etc., etc. Rob never quit asking me to go and I never seemed to run out of excuses. Rob likes to be spontaneous, but I am a planner. We never planned to go to Pentagon Row to ice skate. We always planned to go there to eat out. How can he expect me to just jump on board when he springs this idea on me out of the blue? Ok, I realize I am not as spontaneous as Rob, but I would like to think I am not quite that rigid either. The truth is…I don’t have much experience on ice skates and I was just plain scared!

But one of my goals for 2013 is to experience something new in the DC area at least once a month. Since Rob has been asking me to do this with him every single year (for the past 7 years!) this seemed like the perfect activity to break the ice with my 2013 goals (no pun intended).

My sister Victoria came to visit us because she had recently joined the Air Force and she was about to leave for basic training. Victoria used to be a figure skater, so it seemed like a great activity for us all to do together. It had been quite a while since Victoria had been on the ice, but she was still out there skating backwards and doing spins. Meanwhile, I was clutching the side rail like my life depended on it! I got the hang of it after a little while and I was finally able to skate freely away from the rail. It wasn’t exactly graceful, but I was just happy that I didn’t fall (Rob fell though, but don’t tell him I told you). We all ended up having a good time, so maybe I will even try it again next year! 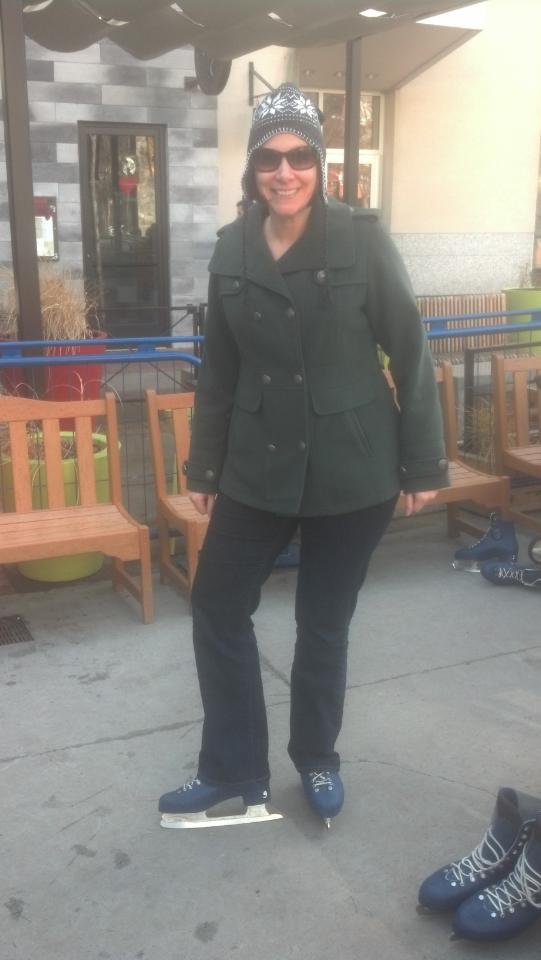 Me, Victoria, and Rob (please excuse our silly hats, but we each got a free hat with admission that day) 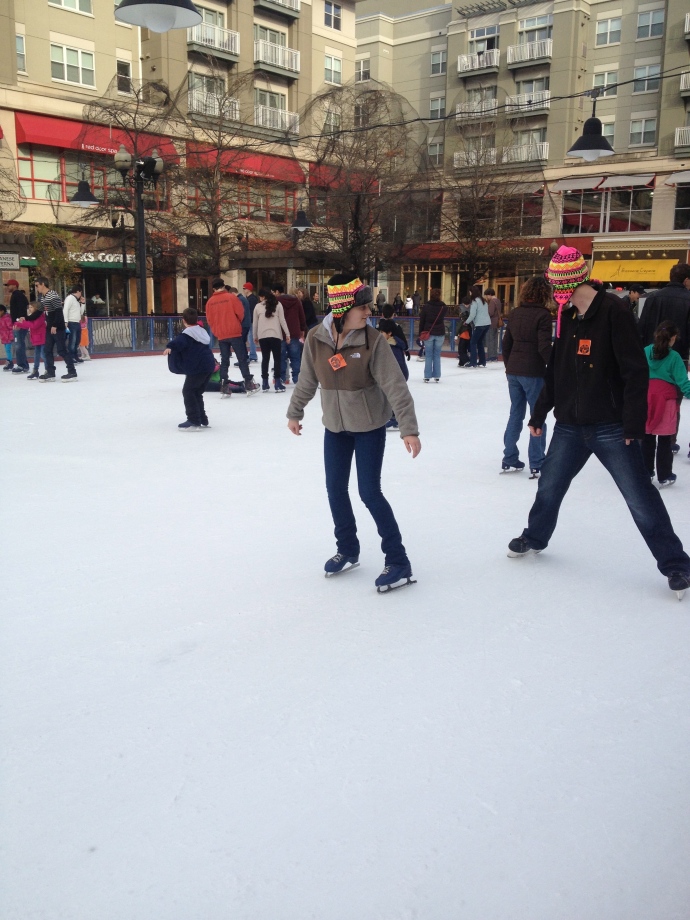 Victoria and her friend Scott showing off skating backwards