This past weekend, my friend Bonnie and I went to the National Arboretum for the first time. It was a glorious day and it seemed like the perfect opportunity to check out our nation’s living museum. It’s hard to imagine that within a big city like Washington, DC, there lies 446 acres of lush grounds dedicated to conserving and showcasing thousands of varieties of plants. The arboretum is “in bloom” all year long, so no matter what time of year you visit, there will be plenty for you to see. To find out which plants will be in bloom during your visit, see the arboretum’s bloom schedule.

We happened to go on a very busy weekend and it was difficult to find a place to park. We finally managed to find a spot alongside a field of lilac shrubs. As soon as we stepped out of the car we were overwhelmed by the smell of fresh lilac. (Side note: I had been thinking about planting a lilac shrub in our back yard and after seeing this magnificent field of lilacs I went out and bought one the very next day!) 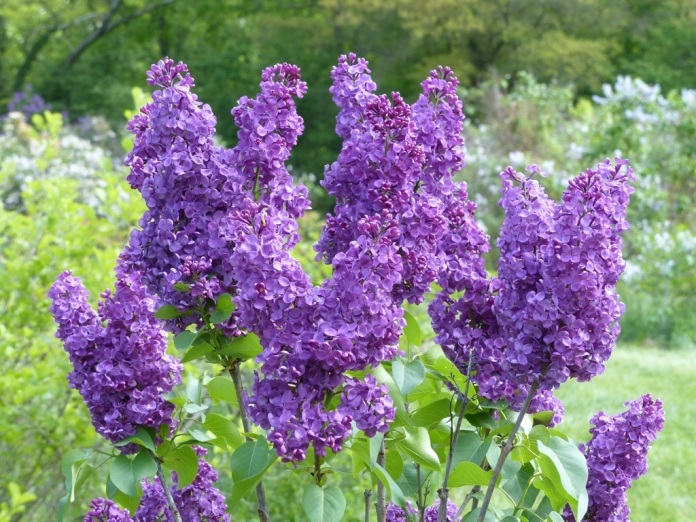 What we stumbled upon next was like something out of Ancient Rome or Ancient Greece. It’s not every day that you see free-standing columns amidst a meadow in the United States! 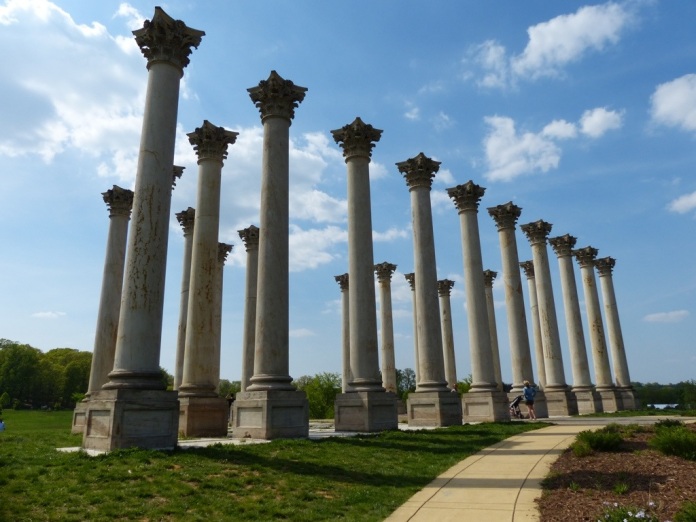 But the columns are of course, not ancient. These Corinthian columns were originally on the East Portico of the US Capitol. But due to an oversight in design, the columns didn’t appear to adequately support the Capitol dome which was completed in 1864. The columns were removed and an addition was built on the east side of the Capitol in 1958. In the 1980s, the Capitol Columns found their new home at the National Arboretum. The columns overlook 20 acres known as the Ellipse Meadow. They are set on a foundation of stones that also used to be on the east side of the Capitol. And nothing is complete in DC without a reflecting pool! 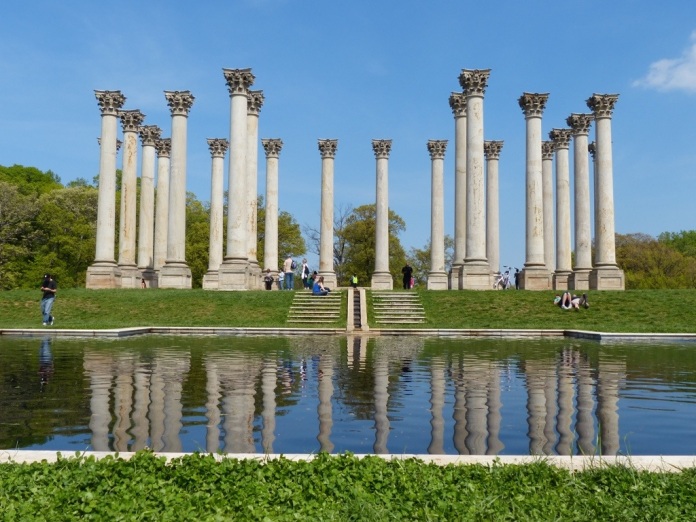 The current showstoppers in bloom at the arboretum are the azaleas. The area known as Mount Hamilton is ablaze with color from the all of the azaleas that flood the hillside. There are literally thousands of azalea shrubs in every variety and color imaginable and visitors can walk along footpaths to get a good view of them all. 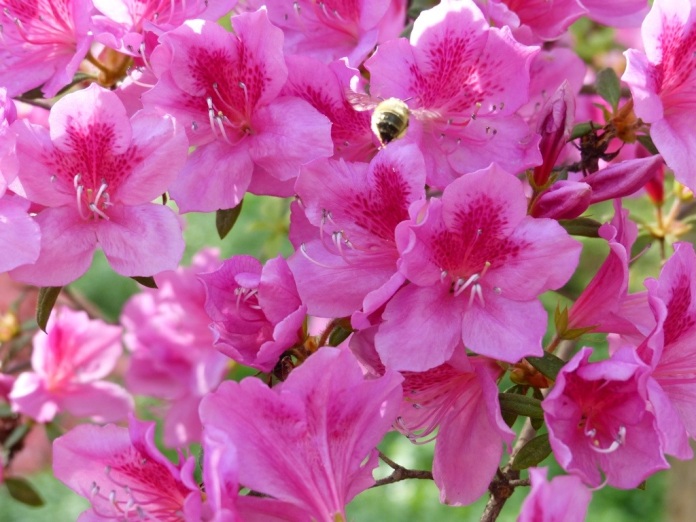 With over 9 miles of winding roads within the arboretum, we barely scratched the surface during our visit. We spent most of our time looking at the azaleas, but here are a few other plant varieties we enjoyed.

I especially loved this Lace Bark Pine whose trunks look like army camo! 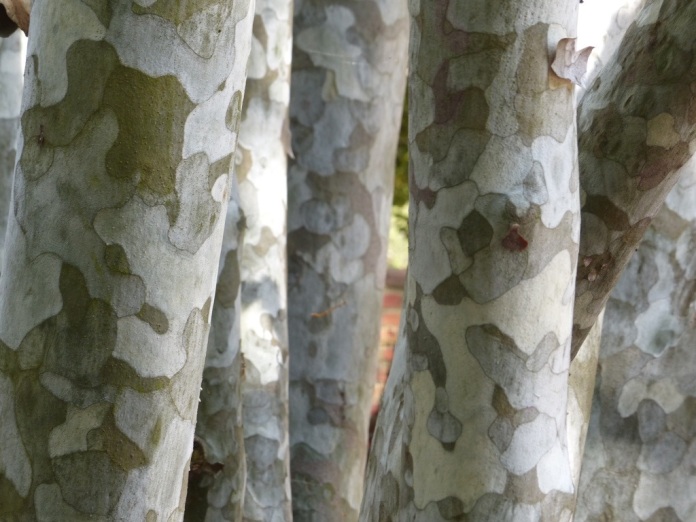 We even got to see some wildlife. In addition to the frogs below, we also spotted a fox.

This is definitely one DC landmark that I intend to revisit!