While in Izmir, we just happened to stumble upon a protest in progress. The State Department strongly encourages citizens to stay away from such gatherings. In fact, according to their website “U.S. citizens traveling to or residing in Turkey should be alert to the potential for violence. We strongly urge U.S. citizens to avoid demonstrations and large gatherings. Even demonstrations intended to be peaceful can turn confrontational and escalate into violence.” 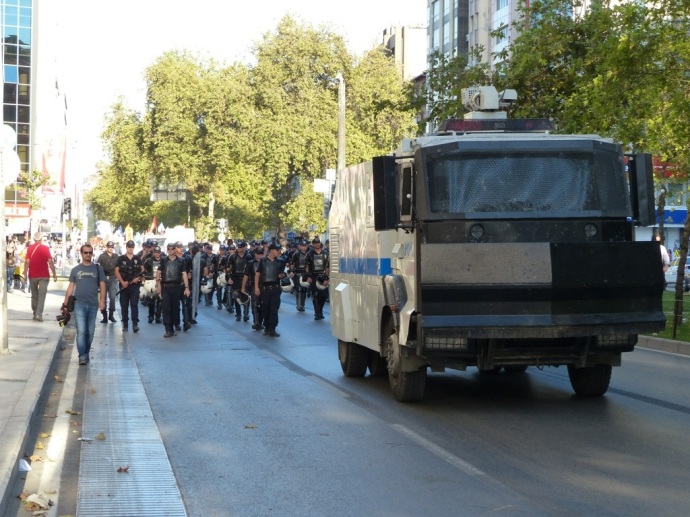 But, our curiosity got the best of us! And it just so happened that the protest was marching in the same direction we were headed. We were still a decent distance ahead of the march, but I was able to rely on my mega-zoom camera to get a glimpse of the action while maintaining a “safe” distance.

Our tour guide had actually mentioned the protest to us before dropping us off at our hotel (a tidbit of information that I apparently slept through), so Rob did a bit of research before we headed out. According to this article, they were protesting a change to the Turkish Constitution that would lift the ban on turbans at Turkish universities. Ok, so this protest had nothing to do with Syria or the American Government…sounds safe enough to me! Does someone want me to carry a sign or something? 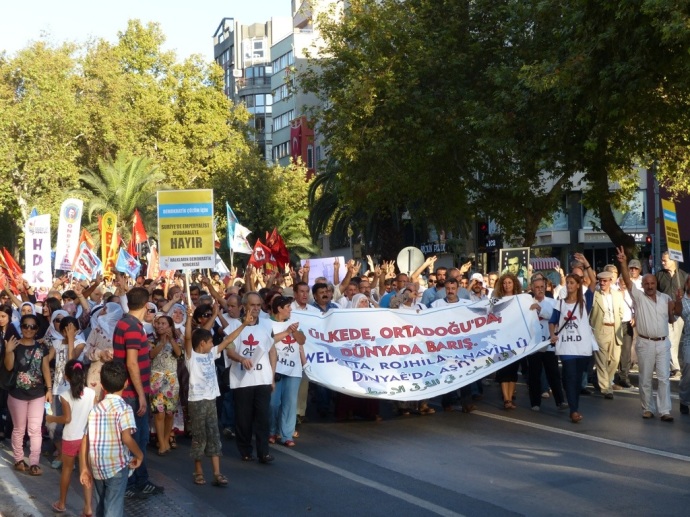 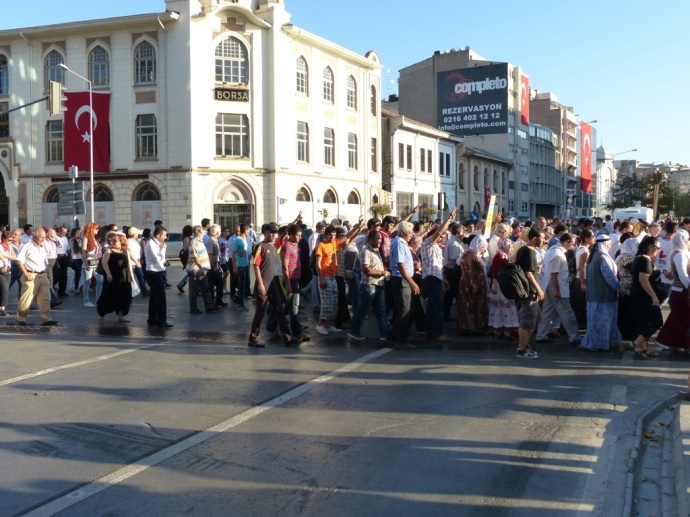 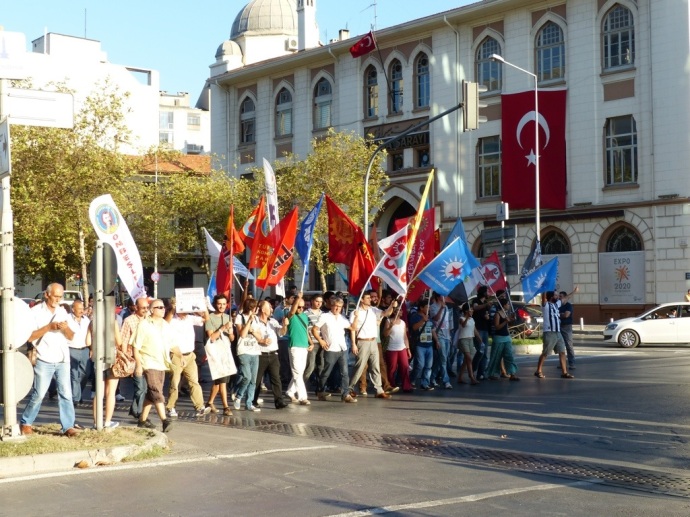 Disclaimer: This post is not meant to encourage others to defy the State Department. We did so at our own risk. That’s how we roll!

2 thoughts on “State Department Says What?”