Since today is Halloween I thought it would be appropriate to post about one of the spookier sites in Turkey. Okay, maybe “spooky” is a bit of an oversell, but it’s the best that I can do. 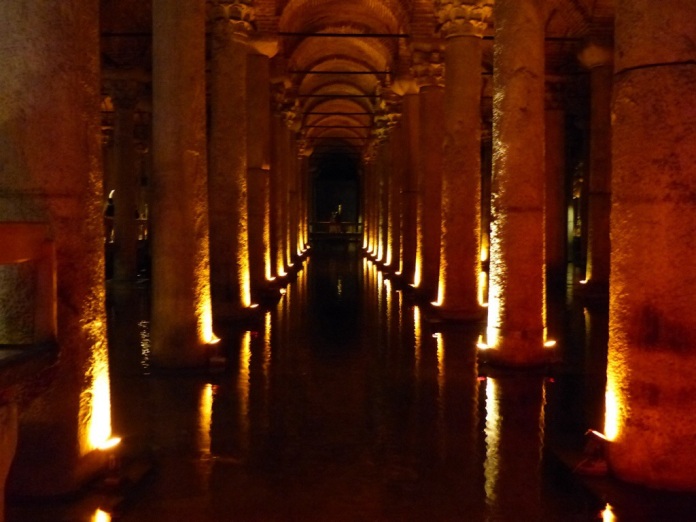 The Basilica Cistern is the largest of hundreds of ancient cisterns in Istanbul, with the capacity to store 100,000 tons of water. This cathedral-size cistern was built in the 6th century and is over 100,000 square feet. Visitors can descend underground and explore this amazing ancient architectural achievement.

The ceiling is supported by 336 marble columns, most of which are of the Corinthian style. Most of these columns appear to have been recycled from the ruins of older buildings.

However, there are a couple columns that are quite unique. The column in the picture below is engraved with tear-like shapes. The tears are believed to represent the hundreds of slaves that died during the cistern’s construction. Records show there were about 7,000 slaves involved in the construction. 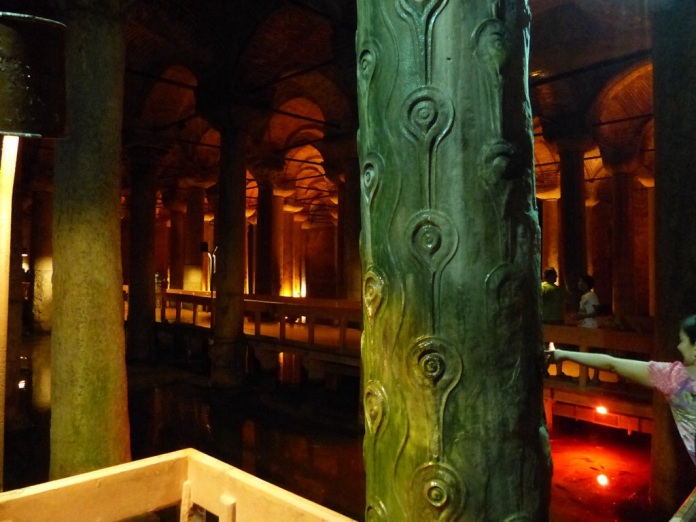 In one corner of the cistern there are two columns with bases depicting the head of Medusa. One of the heads is upside-down and the other is oriented sideways. The origin of the two heads is unknown and it is a complete mystery why they are oriented in such a peculiar manner. Barely spooky. 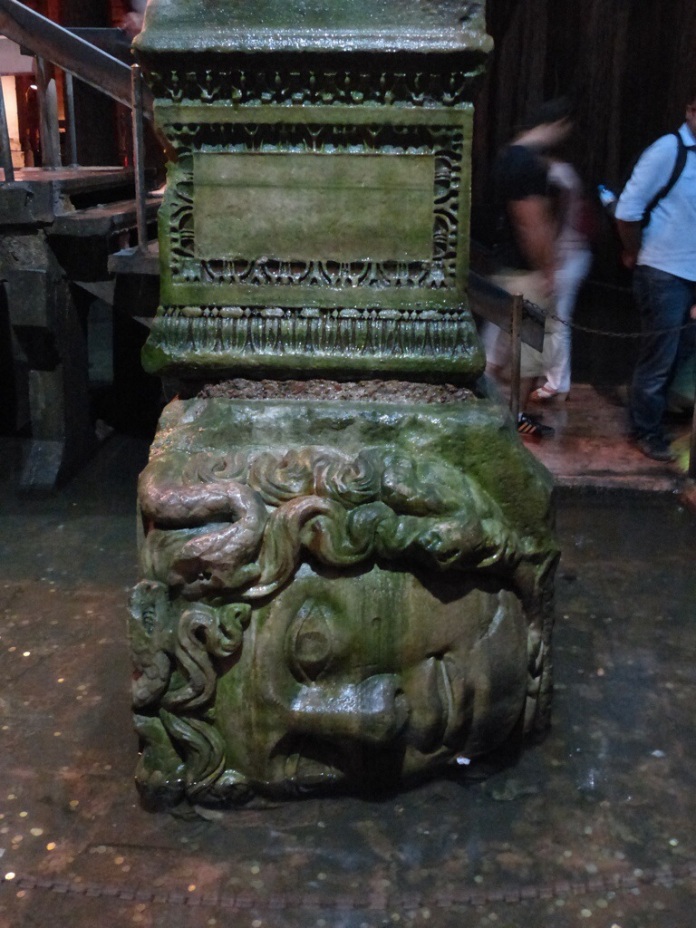 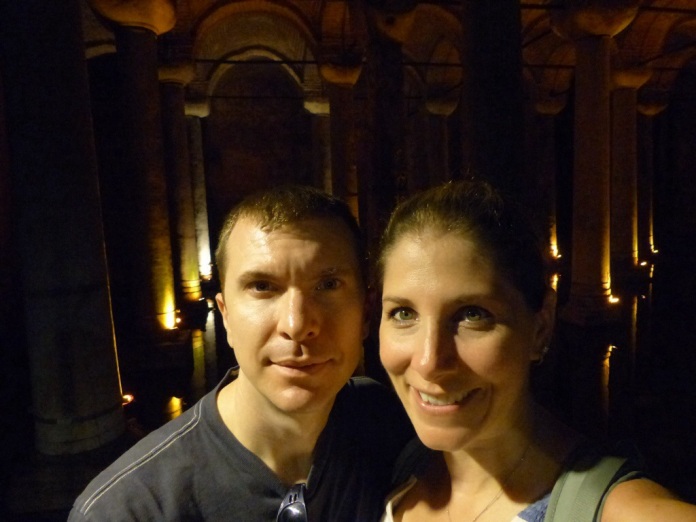