A popular tourist attraction within India’s Golden Triangle is Fatehpur Sikri, which is located along the route from Jaipur to Agra. Built in the 16th century, Fatehpur Sikri was the capital of the Mughal Empire for about 15 years, before it was abandoned due to insufficient water supply.

We had a very full itinerary, so we weren’t sure if we were going to take the detour to tour the palace grounds. But at the last minute, we decided we would stop just to take a quick peek. Once we arrived, we were followed by a very persistent tour guide who insisted we should hire him to show us around. We were adamant that we didn’t have time for the tour, as we were just breezing through. Worn down by his persistence, we agreed to pay him a fraction of the regular tour fee, in exchange for the short, short version of the tour. 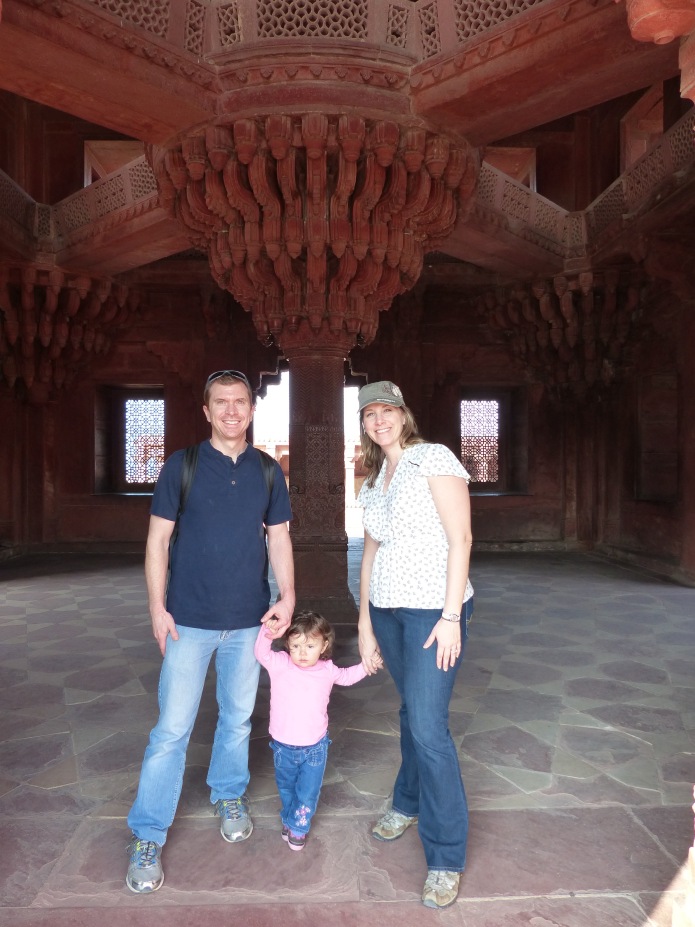 The information I retained from the short, short version is that Emperor Akbar had 3 wives. A Muslim wife, a Christian wife, and a Hindu wife, all walk into a bar, but only the Hindu wife succeeded in bearing a male heir. As a result, the Muslim wife’s quarters were about as big as a modern-day walk-in closet. The Christian wife’s quarters were a bit more respectable, but paled in comparison to the Hindu wife’s palace. The Hindu wife’s digs were actually larger than those of the Emperor himself! Men and their ridiculous need for a son…am I right?

We didn’t even have time to complete the short, short version of the tour. Ella was tired (read: fussy) and we were trying to get to Agra before sunset. So we said goodbye to our tour guide feeling content with what we had time to see. 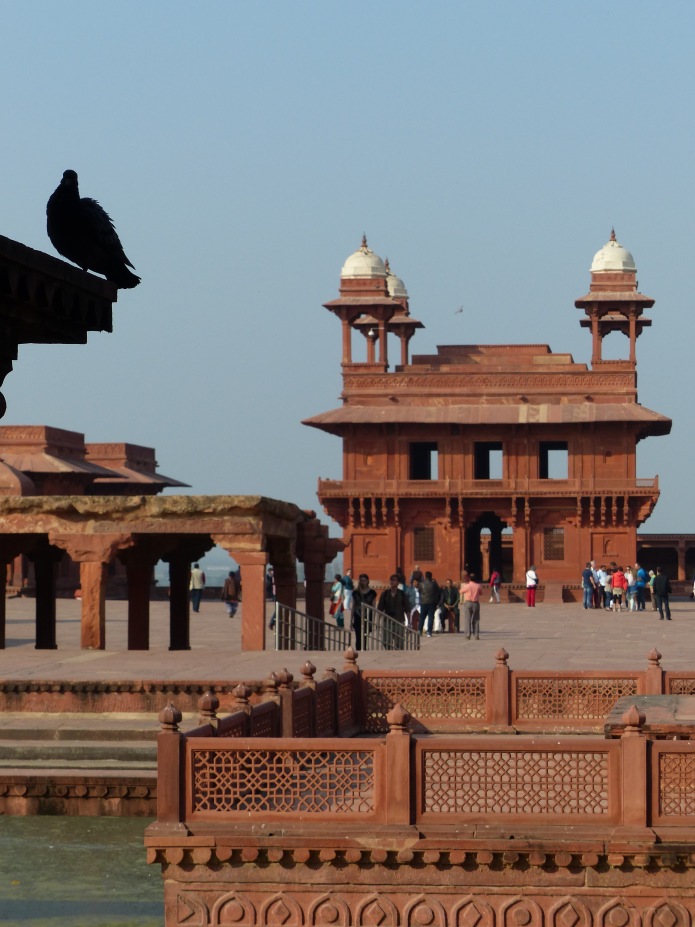 Tip for tourists: Of all the places we visited in India, Fatehpur Sikri had the most thieves and scammers by far! We observed very elaborate schemes to swindle tourists out of their money and Rob even had to step in to assist a woman that was being harassed. If you are not a savvy traveler, or lack situational awareness, I would advise skipping this tourist spot. If you are unsure if you fit into either of those categories…that probably means you do.