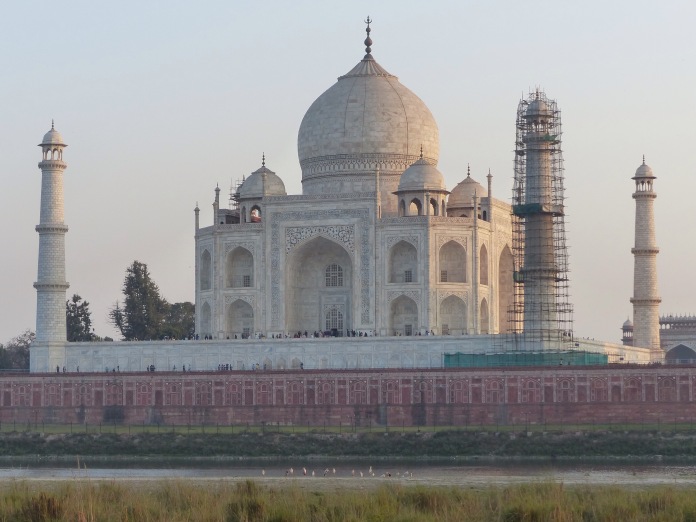 One of the reasons we left Fatehpur Sikri in such a hurry was because I wanted to get to Agra before sunset for our first glimpse of the Taj Mahal. We went to Mehtab Bagh (The Moonlight Garden) which lies directly opposite the Taj Mahal, on the other side of the Yamuna River. Mehtab Bagh is perfectly aligned with the Taj Mahal, making it an ideal place to take pictures. Emperor Shah Jahan realized this was a great viewing location, so the Moonlight Garden was created. Additionally, Mehtab Bagh was supposed to be the location of a twin Taj Mahal. Emperor Shah Jahan intended for this location to be a mausoleum for himself, made entirely of black marble. Unfortunately, his vision never came to fruition because he was imprisoned by his son. (I don’t understand why men care so much about having a male heir? A daddy’s girl never would have done that!) 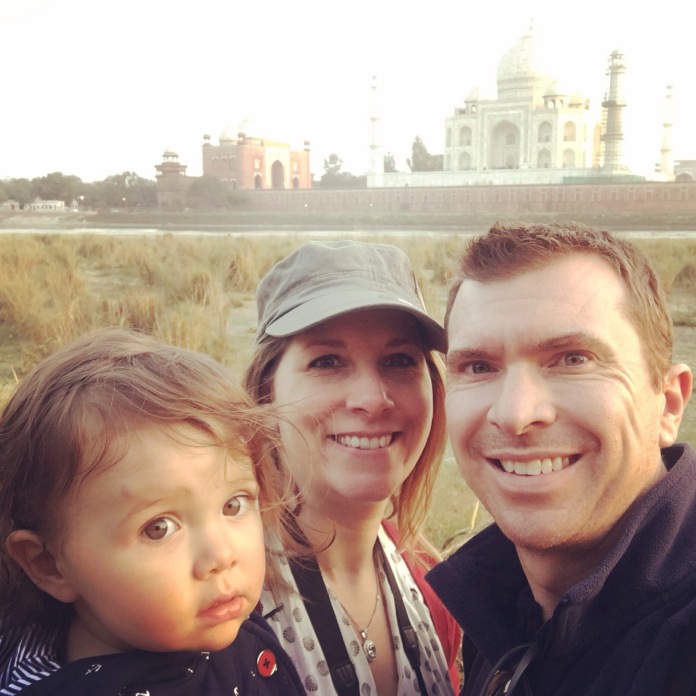 Tip for tourists: There is a small entrance fee to enter Mehtab Bagh (only 100 rupees). However, you can get (almost) the same view for free without entering the garden complex. Our driver, Raj, tipped us off that we could walk down to the river on the public street adjacent Mehtab Bagh and still have an awesome view. So we decided not to enter the garden and took a free peek at one of the 7 Wonders of the World!  I’m not suggesting you skip the actual tour of the Taj Mahal, but it was nice to see the Taj from a different vantage point, away from the massive crowds of tourists. 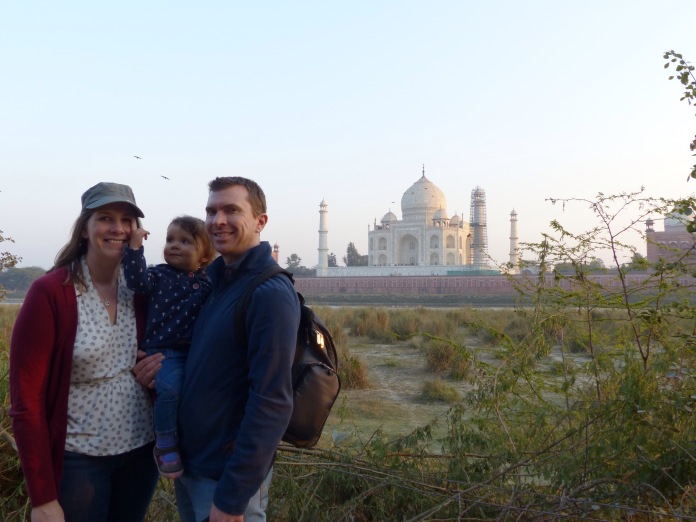 Leave a Reply to Dayna B. Cancel reply