Rob, Victoria (sister), and I in Hell, Grand Cayman

It took a solid 20 minutes to convince me to get off the jet ski and into the water. This was terrifying!

Victoria wasn’t scared at all though.

Rob and I went back to Sting Ray City while at port in Grand Cayman during our Exotic Western Caribbean cruise. 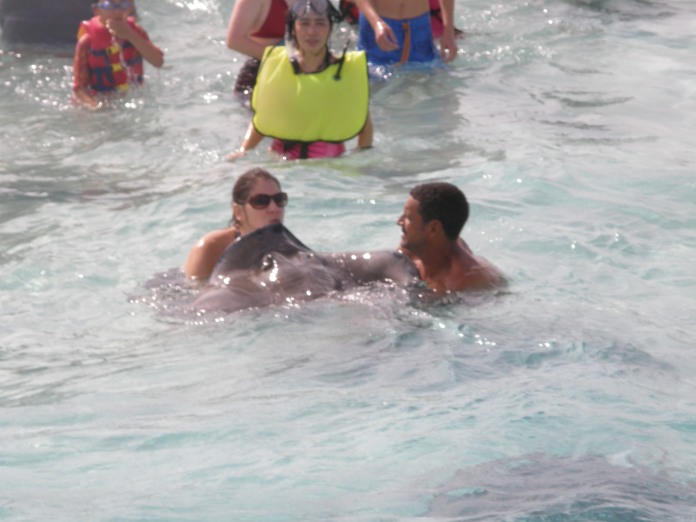 The second time wasn’t any less scary. But this time I kissed a sting ray!